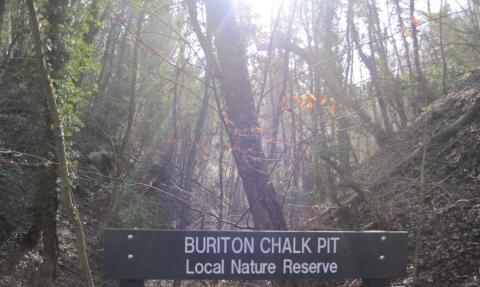 Buriton Chalk Pits - a special resource for the whole community

The impressive range of achievements that have been accomplished in the Buriton Chalk Pits Local Nature Reserve were formally recognised by a prestigious award by the Lord-Lieutenant of Hampshire in 2012.

An audio guide about what life was like for workers in the Chalk Pits has now been produced with the Petersfield Museum. Click on this link to find out more about what their life was like: https://www.petersfieldmuseum.co.uk/learn/schools/teacher-resources

A small group of volunteers now looks after the Chalk Pits with occasional working parties and regular 'monitoring walks'. For further details, please contact Ashlea Walters by email at Ashlea.Walters@hants.gov.uk

Professional Rangers from the Queen Elizabeth Country Park now supervise looking after the area. If you ever see any problems of damage, vandalism or misuse please contact the Rangers who will be happy to come to the site to sort things out. Simply phone QECP on 02392 595040 or for any urgent / out of office hours matters, please phone 07935 253 238.

For forthcoming events in the Chalk Pits: please keep an eye open for any listings underneath the Latest News boxes to the right. Reports on previous events appear in the news items.

There are two trails around this fascinating site - giving insights into the natural history and the industrial heritage. Leaflets describing these trails can be downloaded from the foot of this page in pdf format.

Chalk has been quarried from the South Downs for hundreds of years.  Although there are references to chalk being raised from the Buriton hills and taken to Portsmouth early in the nineteenth century, it is believed that BJ Forder commenced large-scale quarrying and established a limeworks in about 1860.

For over seventy years up until the end of the Second World War there was a hive of industrial activity on the hillsides above Buriton village. Enormous amounts of chalk from three main quarries were excavated and burnt in a series of lime kilns.

During the war the Admiralty used the site for enemy mine disposal and important mine countermeasures. At the end of the war much of the site was effectively abandoned, becoming an informal play area for local children.

In 2007, when there had been a threat to close all public access to the site, the Parish Council made it clear that it did not want this to happen. It launched an initiative, with support from East Hampshire District Council and the Queen Elizabeth Country Park, and subsequently obtained a grant from the Heritage Lottery Fund to help look after the area.

As you stand in the Chalk Pits today you can see the remains of the quarrying activity all around you. Chalk was taken from the hillside forming the quarry bowls as you see them today with their steep sides. The spoil that was left behind after the processing was piled up into the large lumps and bumps that form the remaining areas. Many of the paths follow the old narrow-gauge railway lines that were used to move the chalk and lime around the site.

Abandoned and left to its own devices the site slowly regenerated over the years forming a rich habitat with a high level of chalk-based species. Such a large area of old chalk land habitat with so little recent disturbance makes the site of significance in Hampshire and it has been designated both a Site of Importance for Nature Conservation (SINC) and a Local Nature Reserve.

The site is now managed by a part time ranger based at the Queen Elizabeth Country Park. A programme of walks and talks for those wishing to find out more about the natural and industrial history of the site is run by the Country Park and Buriton Village Association. Volunteers carry out much of the maintenance of the site and we are always looking for new volunteers. If you would like to join us please get in touch via the Parish Council or Country Park.

A complete survey of the site was undertaken as part of the project and a copy is kept by Buriton Parish Council.

Buriton Village Association has also published information about the history (and the natural history) of the site in its series of 'Heritage Bank' books.  More details are available via www.buriton.org.uk

There are two trails around the site and a pdf version of both leaflets can be downloaded from the foot of this page:

Car parking can be found at the Halls Hill car park in Queen Elizabeth Country Park, grid reference: 733197. There is limited parking in the village of Buriton.

Public transport to the village is via bus 94 from Petersfield. There is a regular bus service that runs Mondays to Fridays.

Cycling from Petersfield and Queen Elizabeth Country Park is good. From Petersfield travel along the Causeway and take the old Petersfield Road to Buriton. This is a narrow road so please take care.

From QECP take the South Downs Way path to the Halls Hill car park, the entrance to the site is over the road and well signposted.

As well as the new Shipwrights Way, two long distance paths pass through or adjacent to the site. The Hangers Way path is a 21 mile walk from Alton to Queen Elizabeth Country Park, Petersfield. A section of the walk is a bridleway that runs through the middle of the Chalk Pits site and forms the main access. The South Downs Way is 100 mile bridleway that runs the length of the South Downs from Eastbourne to Winchester. The path runs along the southern edge of the Chalk Pits site. More information can be found on:

There are two pubs in the village of Buriton, The Village Inn (located on the Petersfield Road) and The Five Bells.

Queen Elizabeth Country Park is open daily from 10.00 - 4.00 and there is a cafe and shop in their visitor centre.

Local B&B's can be found via the Tourist Information Centre in Petersfield.

Other natural history trails in the area can be found at Coulters Dean along the South Downs Way - details are on the Hampshire and Isle of Wight Wildlife Trust website: https://www.hiwwt.org.uk/nature-reserves/coulters-dean-nature-reserve

Queen Elizabeth Country Park also has a large number of trails around their site: https://www.hants.gov.uk/thingstodo/countryparks/qecp

There is a Tourist information Centre in Petersfield: 01730 268829 and https://www.visit-hampshire.co.uk/visitor-information/petersfield-east-… 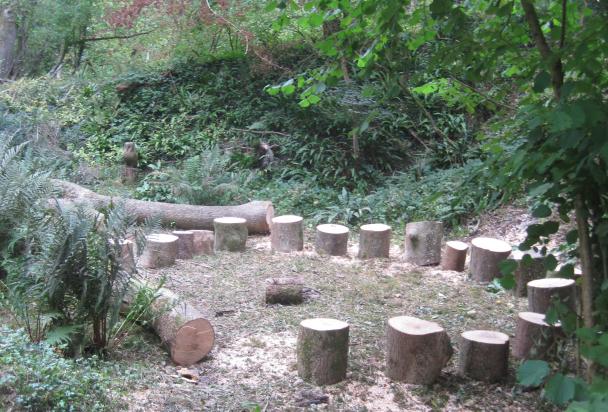 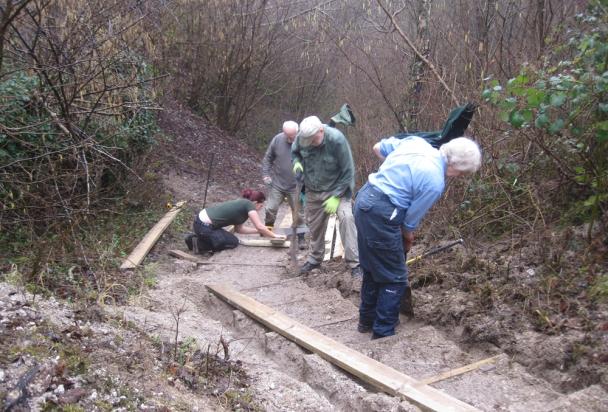 Another successful morning in the Chalk Pits Nature Reserve
Image 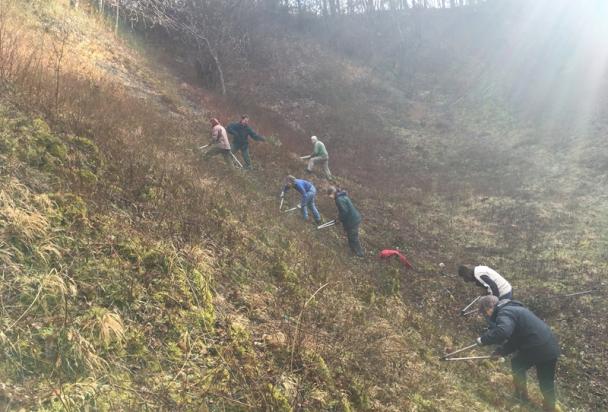 Looking after our Nature Reserves
Image 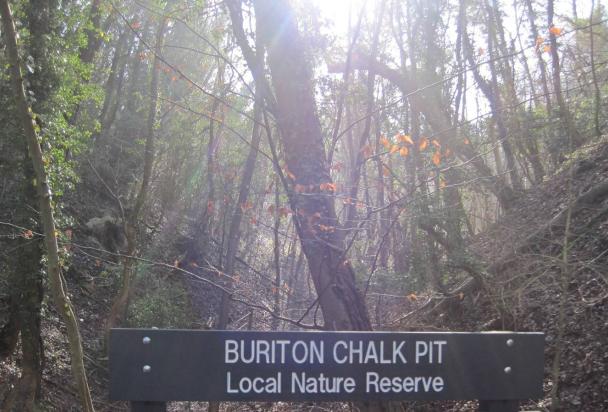