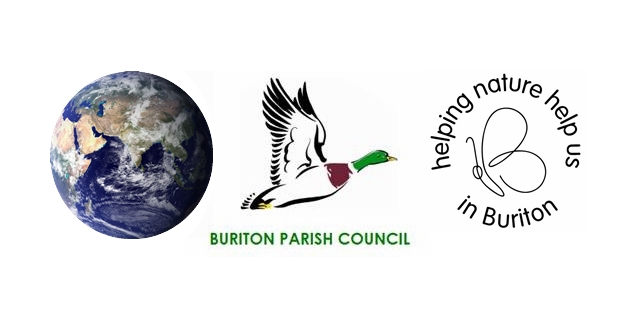 Progress since the Annual Parish Meeting

Since the focus on Climate Change at the Annual Meeting in May, a group of volunteers has begun to explore ideas and actions - with a focus on domestic measures and transport.

And the Parish Council has adopted a ‘Climate & Nature Charter’ to ensure that its own activities consider climate change and to encourage others to act appropriately.

Consultation on a draft document took place after the Parish Council’s meeting in July with the draft being promoted on the community website, in the Parish Magazine and by email circulations.

Comments received were reported to the Parish Council’s meeting on 27 September and the resultant Charter now forms official guidance for the Council, here.

The document explains that whilst the Parish Council itself is a relatively low contributor to greenhouse gases, it wants to ensure that its own activities appropriately consider the environment and encourage activities being taken by others within the parish, and by the council’s partners, to move towards carbon neutrality and improve biodiversity and climate change resilience. The document sets out actions which the Council can take to improve the environmental performance of its own activities as well as how it can use its limited powers and its influence.

It is realised that while Covid-19 has shaken us all, threats posed by global warming have not gone away. Major scientific reports show that human activity is changing the climate in unprecedented and sometimes irreversible ways. Reports warn of increasingly extreme heatwaves, droughts and flooding, described as a “code red for humanity”.

Climate change could affect future life in Buriton in a wide range of ways: more storms, periods of drought, fires affecting farmland and food supplies, water shortages, effects on nature and changes in population movement as low-lying areas near the coast are threatened by rising seas.

Responses to these challenges will require both mitigation (taking actions to reduce the severity of climate change) and adaptation (adjusting to live in new conditions).

More support, new faces and fresh blood are needed for this sort of activity in the parish and it is hoped that the community will rise to this challenge. Please contact Petra Norris, Parish Clerk, via 07943 536065 or buritonparishcouncil@hotmail.co.uk, to let her know if you might be interested in joining the group or helping with ideas, activities or actions.