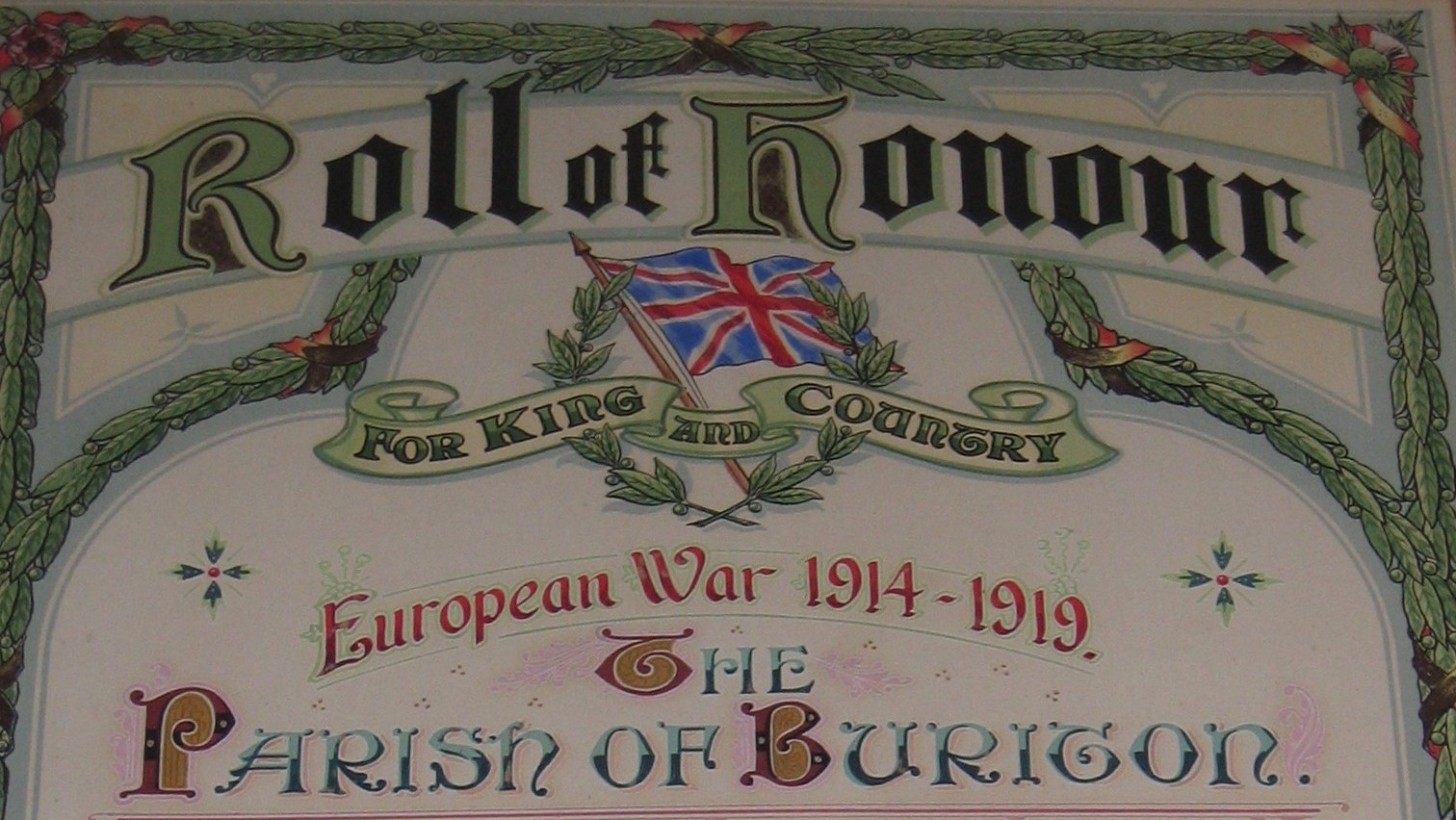 Professor Clive Harfield travelled about 11,000 miles from his home in Australia, back to his family roots in Buriton, to give this talk.

He provided some detailed background about how he had first obtained his interest in history as part of his University Degree at Southampton and how, having learnt that his grandfather had taken part in the First World War, he had started to try to find out information about his military service and that of others. For the last few years he had been part of the team working with Lynette Watson and others on Buriton’s First World War project.

The lecture provided detailed insights into the wide range of source materials and methodologies which Clive has employed in the work – drawing upon the splendid “Village Roll of Honour” which hangs in the village hall to this day. Some risks of making incorrect assumptions (and difficulties of people using different Christian names) were revealed by examples in some early work which had led up some misleading “garden paths”.

Clive spent some time explaining some of the potential anomalies in the “Roll of Honour” (which lists the names of 193 men who served during the conflict) and concluded that perhaps families had subscribed to have the names of their loved ones included upon it rather than it being a fully accurate record. He said, however, that there was no evidence for this suggestion.

The presentation mentioned the background of some Buriton men and identified those who had received special medals and awards - including those 'mentioned in despatches'. Professor Harfield said that his work was not really a history project – more a biographical analysis of men he had been able to track down for the time when they had served in the war. But he hoped that this information would be of interest to others.

Unfortunately, because he had only been in the country for a couple of days since arriving from Australia, Professor Harfield was not able to take any questions during or after the presentation but the information presented provides an excellent prelude to the next talk in this series, on Wednesday 7th November, which will be given by Lynette Watson, Paul Turrell and Doug Jones. That talk will provide details of life at home during the conflict as well as insights into the roles of Buriton men on the battlefields and elsewhere.